the wind and i just come and go 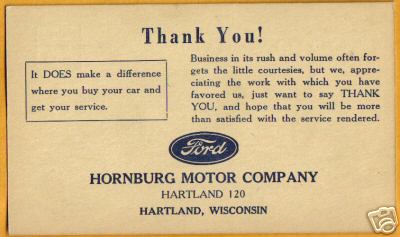 I love the language of business today.  “I will “reach out” to her and find out what’s going on with that. ”   Well, you could do that, or you could just contact her.  “Reach out” for me lands somewhere between the Four Tops (Reach Out I’ll Be There) and a 1950’s camp meeting my Mother dragged me to,  (literally in a tent) where we were told GOD was reaching out to us to be save us, which he was in no way obligated to do.   If my memory serves me correctly, it was later quietly whispered that the only “reaching out” the evangelist was doing was into people’s pockets, because none of the claims about where the offering money was going to were true, he was just pocketing it and moving on.

I love the little lies our business forays expose us to.  Do any of these ring a bell?  My little cynic’s bell goes off when I hear, “Your call is important to us” – to which I can be heard muttering “If it’s so important, then answer the damned phone!”  And following right on in lockstep is the classic “This call “may” be monitored for quality and training purposes.” Hello!  Do you really think it’s Mr. Stupid calling?  You’re monitoring calls so you have a record of what was said, and to make sure the $10 an hour call center person doesn’t make any statements that aren’t on the script.  So please, don’t make it sound like you are inconveniencing me for my own benefit.

Everything – and I do mean everything, in business to day is driven by loss prevention, and failing that, loss control, in the hope that, if the worst happens – like a damage claim or lawsuit, that we can keep the ball low enough in the strike zone to keep the ball in the park.  In other words, our lawyer can beat your lawyer, and if not, at least keep the number of zeroes to the left of the decimal point in a reasonable range.  Business speech is so stultified by scripts and talking points we’ve lost the ability to have a conversation. That’s sad.  They’ve made it hard.  Did you ever try to slam down a cell phone on the receiver?  That probably never did any good, but the emotional release would hold you over till you could find a cold beer.

Many years ago, a man who I greatly respected asked me if I could help him with straightening out his medicare bills.  In his late eighties at the time, I tried to carry on a conversation with the “Customer Service” person.  This man built a business on service, and a great deal of what my life is like today, I owe to him.  It broke my heart to hear him tell of how rude the CSR’s were when he didn’t instantly understand their industry jargon and pre-defined terms.  Together, we got it handled.  When I left him, we paused for a moment in the doorway of his home, and he said, “Johnny, someday someone will figure out that Customer service does not consist of  an 800 number and a roomful of rude people, and when that happens, someone will make a lot of money doing what we used to take for granted.”

Filed Under: Writing and Language